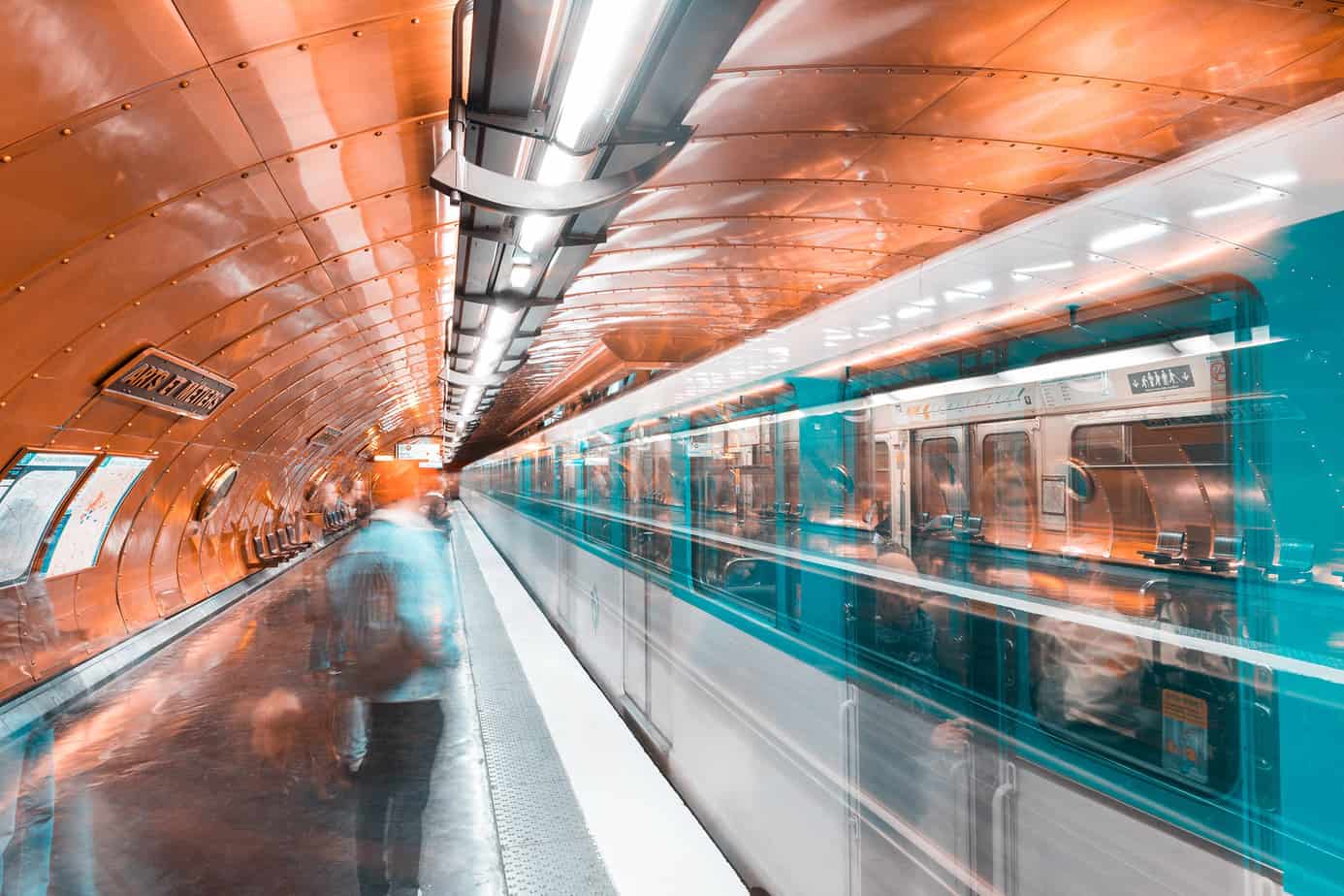 How to get around Paris on arrival and departure

Trains coming from the United Kingdom are subject to customs control. This means that you will have to show your ID and allow for a waiting time. For trains from the Benelux, via Thalys trains, there are security gates at some stations (including Paris) that will require you to scan your to scan your luggage. For French trains, especially the “oui-go” trains, you will have to also plan to arrive a few minutes early. This is a low-cost train which plans to limit delays by ensuring that passengers are early.

At your arrival from the Parisians stations

Nothing could be easier when you arrive, all the Parisian stations are central. You can easily find the metro and continue your journey by metro or by cab, when you leave the station the signs will guide you to your destination.

Transportation from the airport to the city center and vice versa

If you take a long-haul flight to Paris, it is probably at Charles de Gaulle airport that you will transit. To cover the 23 km that separate you from Paris, you have several options:

Take the Train RER B

Where to take it and find it?

The CDG airport station is connected to the “RER B” line which serves two stations at Roissy-Charles de Gaulle airport:

Which ticket do I take and which train direction do I choose?

If you stay at least 3 days, try to get the Navigo easy pass pass right away. Otherwise, take a one-way ticket.

What do I need to know about this train?

There are two types of RER B trains. One is express and will take you to Paris in 25 min and the other one serves more stations and will take between 50 and 60 min. The stations that will interest you are Gare du Nord, Chatelet Les Halles and St-Michel Notre Dame. From these stations, you will probably have to take a metro to get to your accommodation. Keep your RER train ticket because it is valid for the metro journey, as long as you stay in the network. Please note: the Gare du Nord and Chatelet stations are not the most pleasant pleasant and often very crowded. If you can, prefer to transit via St Michel Notre Dame.

Where to find the Roissy Bus ?

To find the Roissy bus when you get off your flight, you have to find the signs that look like this, and follow the signs to your destination.

What is the Roissy bus price ?

The “RoissyBus” is offered by the city of Paris and costs 12,50 € per person.

What is the travel time for the Roissy Bus ?

Where to get it and where to find it ?

Which ticket I take and which train direction I choose ?

Pay attention to the bus schedules and to the purchase of your RER+Shuttle ticket which is a special ticket.

Cab fares between Paris and the airport are set by the state, and cost 32€ or 37€ depending on which side of the Seine is your final destination (left or right bank). The rates from the airport are fixed. Be aware that you will be charged extra if : Tip: If there are 4 of you, this option will be economical, especially if you are traveling with children and have luggage.

You have two options to get to Beauvais airport: by bus or by train.

The bus will take you there in 1h15-1h30. This is the most economical solution, and will drop you off in the center of Paris. You can buy the tickets online here .

How to get around Paris during your stay

On the RATP website you can find all the useful information concerning your itineraries, travel time and fares. and fares. Tickets can be bought directly in the metro stations. We strongly recommend you to download their mobile application, it gives you all the necessary information, including delays and departure times of the next metro and it is available in many languages !

How the Parisian metro works

The Paris network is divided into 2 zones: zone 1 to 3 and 3 to 5. The higher the number, the further away from Paris you are. This is a subtlety you need to know to choose your tickets. The metro and RER tickets serve by default the zones 1 to 3. For zones 3 to 5, you will have to take different tickets or get a Navigo Easy pass.