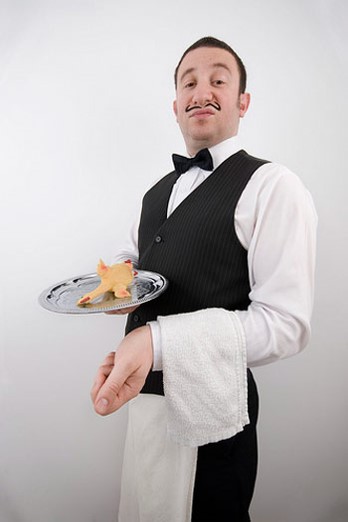 Ahhhhhh “La France”. Did you know that the French have created a concept called “l’exception française”? Yes, it’s a thing. What is called ” l’exception française ” is an expression used to characterise certain specificities, present or past, of France compared to other countries.
Perhaps, this feeling of being “exceptional” is what underlies the roots of this French “cliché”.
This is actually one of my favorite “Clichés” to discuss over a drink with foreign friends. It is the most difficult to deconstruct and the discussion comes close to being philosophical.

No, the French are not arrogant but they seem to be

As a French citizen, I can testify that we do indeed have a sense of pride when it comes to our culture and history. Now, whether or not it can be defined as arrogant … Hard to say. I wouldn’t think so.
Having traveled to different parts of the world, yes, the French from the outside have an arrogant attitude compared to other cultures. Far from being the most welcoming people, we even appear snobbish. But does appearing arrogant mean that we are really arrogant, in the sense of our culture?
I believe that foreigners confuse our arrogance with something else; which is not often known as a cliché but which is crucial to understand in French culture.

French are still greatly influence by their history

Every French people have been raised with a strong sense of criticism (understand in the sense of “debate” and not “grumbling”). This comes to us from the French revolution. We are educated in school to sharpen our sense of criticism and free speech. It is so ingrained, that for the principle of defending an idea contrary to the neighbor’s, even if we don’t believe in it, we will do it with a passion that is akin to madness. Our family lunches can end up in pugilism about ideals that nobody believes in around the table, for the pleasure of exchanging ideas until we shout at each other. Of course, for us it is a national sport, there is nothing aggressive about it, it is cultural.

However, in the eyes of foreigners, we could be seen as “stubborn” or even arrogant, because we do not know how to “give up” our ideas. We will defend them even without being convinced. For a foreigner, brought up in a culture where social conflict is to be avoided, not recognizing the other’s opinion or agreeing with an idea is to suggest that our point of view is superior to others. This is not true, we love diversity of opinion, but unlike many other cultures, we are raised to be comfortable in conflict. Therefore, we are very stubborn and difficult to convince. We don’t think badly of opposing ideas and respect them. It is just the way we are !

Can one be modest and arrogant at the same time?

Second element of answer, we have in culture a real problem with success and achievement. Being successful in our country is a beautiful thing, but we don’t talk about it, and many live with the impostor syndrome. If we were arrogant, we would like to shout from the rooftops our superiority, but in France, we rarely (never) talk about salary, professional success and above all, we never put ourselves forward. It is taboo. It’s also something we learned at school and that comes from the French revolution.

The idea of a ruling or superior class, and that citizens are not equal to each other, is an unbearable concept and privileges must not exist. One must remain in the “average” and not stand out. At school, the first of the class are almost systematically mocked and this leaves traces in our way of being.
This is where the perceived French arrogance, I believe, is misinterpreted. We believe so strongly in our ideas that we go all the way to defend them without conceding anything. But on the other hand, we are unable to see our successes and boast, because it is not socially and culturally accepted.

Why does this cliché of arrogance stick to us?

If we come across as arrogant, it is in spite of ourselves. We readily concede that we don’t easily engage with a stranger, we are easily criticized and don’t show much kindness to a stranger. This is cultural. As explained above, we are fiercely loyal to our loved ones and the people we let into our lives.

On the other hand, we have little interest in foreigners, so we easily ignore good manners in this regard. Rather than arrogance, I would define the French as somewhat lacking in empathy and individualistic. What we receive in terms of welcome, human warmth and good sitting when we are abroad, we do not know how to give it back to our foreign cousins visiting our territory. It is a shame.

Yes, the French are rude

French are sometimes rude or even unpleasant to people they don’t know. Indeed, we are not the most welcoming country for visitors. Even among us, French, we have a hard time understanding why some people are so unpleasant. When really, there is nothing to explain it.
To sum up the French and their relationship to the Other; we don’t care about people who are not in our “circle”. But when you are a close friend, our loyalty and friendship is for life. This is also an essential thing to know about the French. Opening our home to strangers or simply exchanging in the street is not an innate thing for us. The shell is hard to break through.

However, if you have the opportunity to get to know a French person; you will appreciate that the bond created lasts a lifetime. Try calling back 10 years later a person without having heard from him/her in the meantime. You will notice he/she will speak to you like you had a conversation the day before.

Yes and no, the French only speak their language

So yes, we are very bad students when it comes to foreign languages. Looking ridiculous is so unaccepted in our collective unconscious that if we speak in a foreign language, we do so when we are at a satisfactory level. For many people, speaking a few words and risking not being understood is not an easy thing to manage for their ego. Here again, school trauma. The school system is such that students who try are laughed at by the class. The climate for learning foreign languages in France has long been counterproductive. But there is hope, the new generations are bathed in Netflix series in VOSTF, behaviors are liberated and English has become a “trendy” language to speak. This cliché will stick to us for a few more years but the transition is fast, you will inevitably find someone to talk to.

Conclusion….Tell us what you think after visiting France!

Please, let us know in the comment what you saw during your stay. Did this article help you see things in the light of our culture differences ?

link to Why is Paris the City of Love?

Why and how did we obtain this international reputation, so dear to the hearts of foreigners who come to visit us in Paris?